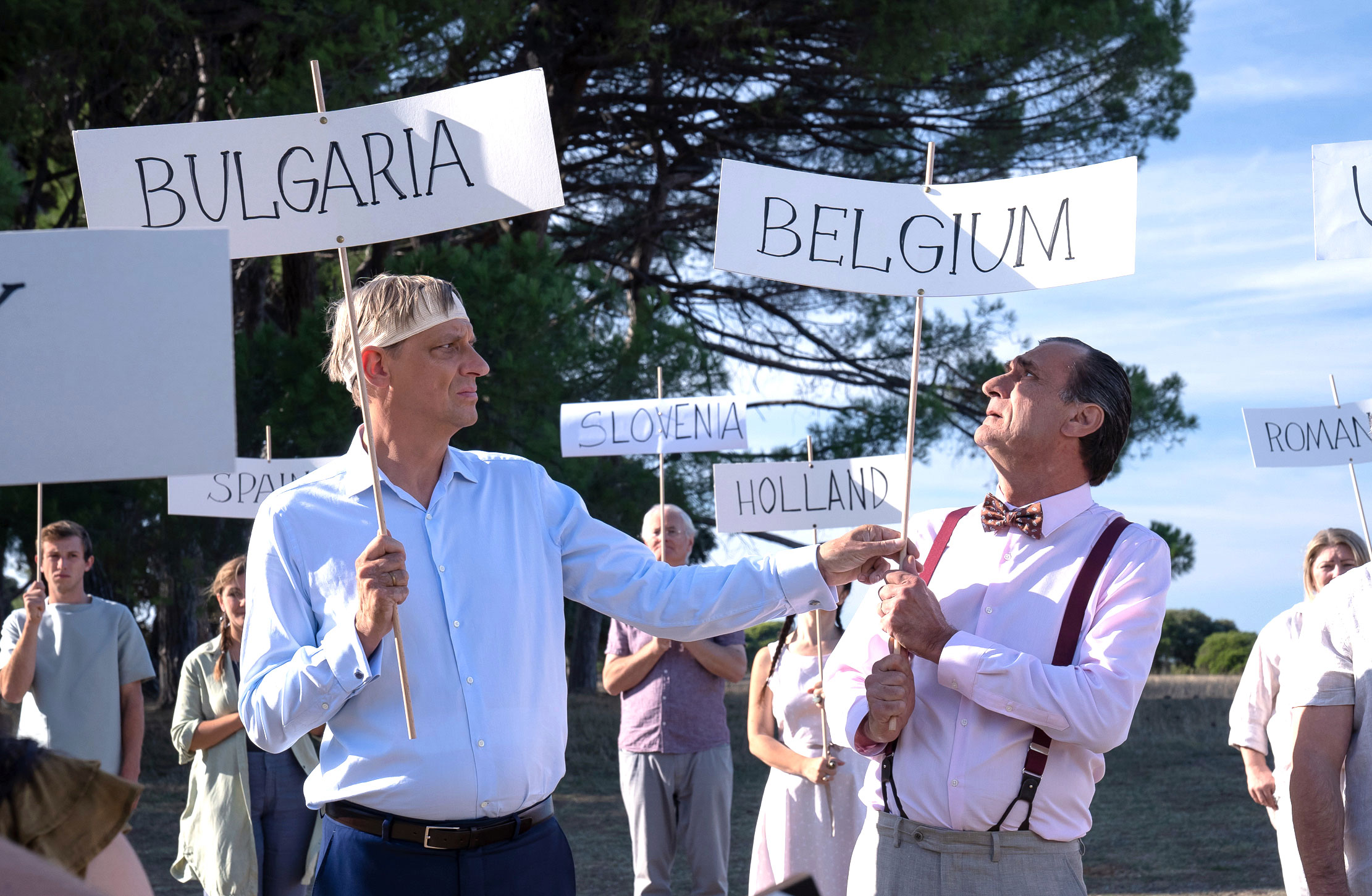 Our coproduction, THE BAREFOOT EMPEROR, is out in cinemas now! As of June 1st cinemas have been reopened after Covid-19 hit The Netherlands.

In THE BAREFOOT EMPEROR, the Nicolas III, King of the Belgians, suffers a gunshot wound to the ear during an unfortunate incident in Sarajevo. He wakes up in a sanatorium on a Croatian island that once was Tito’s renowned summer residence. The King’s entourage tries in vain to protect him from the news that the recent implosion of their kingdom has sparked the collapse of the European Union. The fragile King demands to return home at once, but instead he is condemned to a strict regime of restand rehabilitation by the authoritarian sanatorium director, Dr. Otto Kroll. A delegation from Vienna arrives headed by the distinguished Dr. Ilse von Stroheim, architect of a nationalist Nova Europa. She bears the thunderous news that the last King of the Belgians will become the first Emperor of Europe. The King, fed up with others determining his destiny, decides to take matters into his own hands.