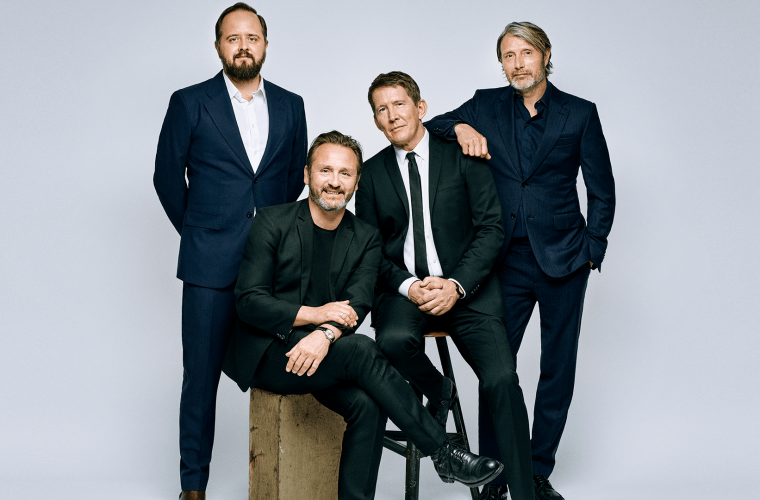 After THE COMMUNE Topkapi Films will coproduce a second feature film with Thomas Vinterberg. The film, called ANOTHER ROUND, is written by Vinterberg together with Tobias Lindholm, with whom he also wrote THE HUNT, THE COMMUNE and SUBMARINO. The principal photography started and takes place nearby Copenhagen.

There’s a theory that we should be born with a share of alcohol in our blood. That modest intoxication opens our minds to the world around us, diminishing our problems and increasing our creativity. Heartened by that theory, Martin (Mads Mikkelsen) and three of his friends, all tired high school teachers, embark on an experiment to uphold a constant level of intoxication throughout the workday. If Churchill won WW2 in a heavy daze of alcohol, who knows what a few drops might do for them and their students?

ANOTHER ROUND is produced by Zentropa Entertainments3 by producers Sisse Graum Jørgensen and Kasper Dissing and co-produced with Film i Väst, Zentropa Sweden, Zentropa Netherlands and Topkapi Films. With the support of Danish Film Institute, TV 2 DENMARK, Eurimages, the Netherlands Film Fund, Svenska Filminstitutet, the Netherlands Film Production Incentive and the Media Programme of the European Union.

Nordic distribution in co-operation with Nordisk Film Distribution, International sales by TrustNordisk. Distributor September Film will distribute the film in the Benelux.