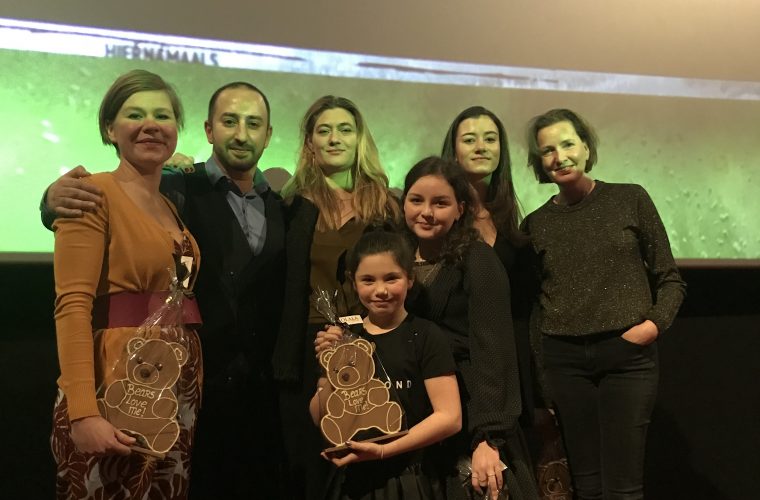 On Wednesday the 6thof February, the Pathé Arena was packed with children from all ages to attend the premieres of the six telefilms of 2019.

Telefilms are Dutch feature films (for children), that usually touch upon recent social themes and are only to be seen on TV after their premiere. Topkapi released BEARS LOVES ME!, a film about Jip, who is traveling the USA with her mother, father and two older sisters. The goal of the four week vacation in a rental camper is to spot bears in The National Park and Jip cannot wait to finally see her favorite animal in real life. Unfortunately, the vacation does not go as planned and aside from the following family quarrels,  Jip’s expedition to see the bears has to be cancelled. Jip is reluctant to let go of her plans and decides to pursue the adventure on her own, which results in a risky road trip.

The premiere was hosted by Dolores Leeuwin, a presenter that is popular for hosting multiple shows for children. After the film had ended, she invited producer Laurette Schillings, screenwriter Janneke van der Pal, director Eva Zanen and the main cast to the stage for a Q&A and the gift of a bear (made of chocolate). BEARS LOVE ME! airs on the 22nd of February at 15:30, on NPO3.