By topkapi_editor February 10, 2021 No Comments 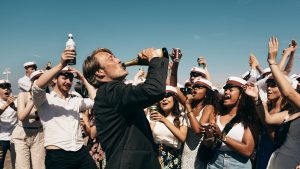 Our co-production with Zentropa Denmark ANOTHER ROUND has been shortlisted for the 93rd Academy Award for Best International Feature Film. The film is one of the fifteen films to have made the shortlist. The nominations will be announced on March 15th. The 93rd Academy Awards ceremony will take place on 25 April 2021 at the Dolby Theatre in Hollywood.