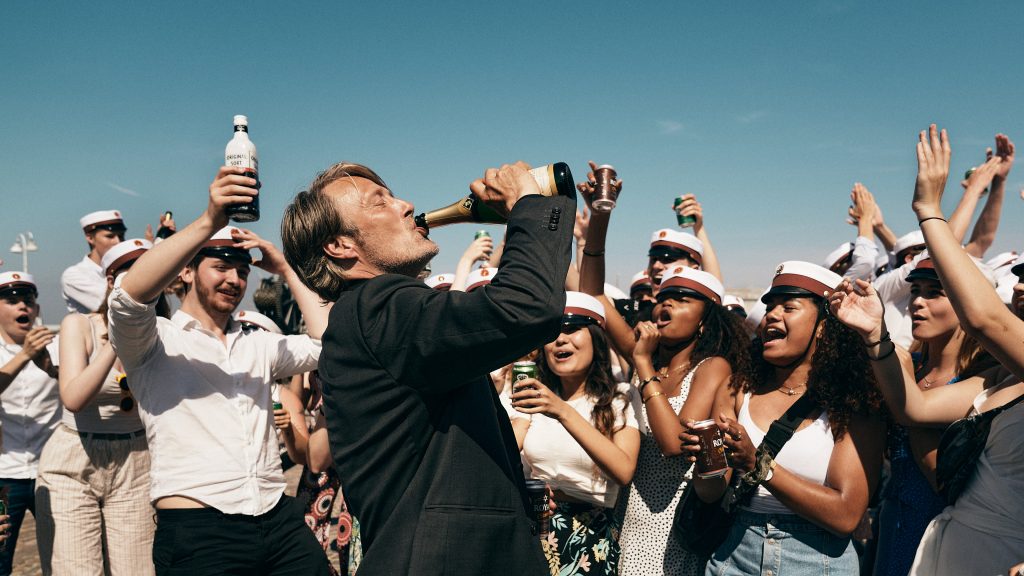 We are beyond excited and extremely proud to announce that ANOTHER ROUND, our Danish co-production with Zentropa Productions directed by Thomas Vinterberg, has won the Academy Award for Best International Feature Film. The prestigious award was handed over at the 93rd Academy Awards ceremony at the Dolby Theatre in Hollywood and put the finishing touch on the feature’s glorious festival run.

The journey that ANOTHER ROUND has experienced this year has been spectacular: with high appraisals from festivals, media, buyers and the world audience. The film has been selected for an overwhelming number of international film festivals, and has been widely awarded.

Most recently, the film received the BAFTA for Best Film Not In The English Language. A few weeks ago, we celebrated the film’s win at the Robert Awards and the film’s nomination for this year’s Golden Globe Award for Best Motion Picture – Foreign Language.

Last year, ANOTHER ROUND was honoured with the official selection label at both Cannes Film Festival 2020 and Toronto International Film Festival 2020, where the film premiered. The film has also won the awards for Best Film, Best Actor, Best Director and Best Screenwriter at the 33rd European Film Awards. In addition, it was granted the award ‘Prix des Cinémas Art et Essai in France’, the LFF Virtual Audience Award for ‘Best Film’ at the BFI London Film Festival 2020 and the Silver Shell for ‘Best Actor’ at the 68th San Sebastian Film Festival. Altogether, ANOTHER ROUND is the first feature ever to have received this many awards in the category ‘Best International/Foreign Film’.

ANOTHER ROUND is directed by Thomas Vinterberg, produced by Sisse Graum Jørgensen and Kasper Dissing for Zentropa Entertainments in co-production with Film I Väst, Zentropa Sweden, Topkapi Films and Zentropa Netherlands. The film is made with support from the Danish Film Institute, TV 2 DENMARK, Eurimages, Netherlands Film Fund, Svenska Filminstitutet, Netherlands Film Production Incentive and the MEDIA Programme of the European Union.