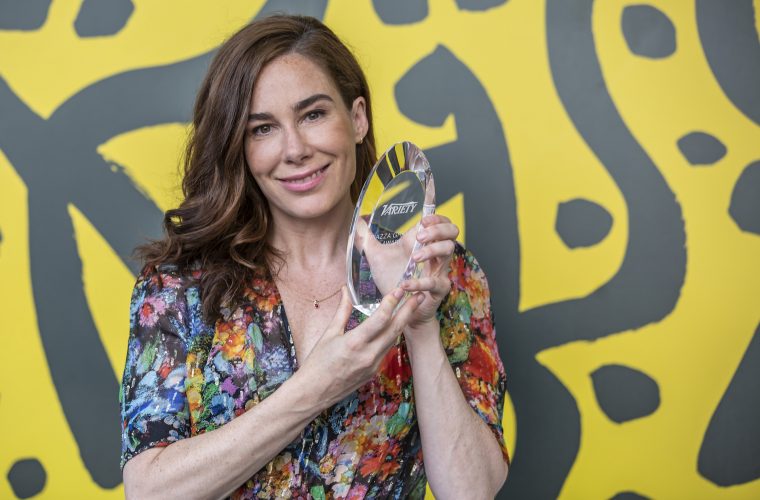 Today the Locarno International Film Festival has announced that INSTINCT, the debut film of Halina Reijn, has won the Variety Piazza Grande Award. The Variety Piazza Grande Award is awarded by a jury of several of the American paper’s critics who will attend Locarno. It will go to a film screened in the Piazza Grande programme. The prize will recognise a film that stands out for both its artistic qualities and its potential for theatrical release. This award is intended to assist the international career of a film in selection thanks to Variety’s connections with the film industry and its authority within the sector. Next to that, Instinct is also awarded with a Special Mention by the jury of the First Feature Award. Halina & Carice will receive both awards at the festival this saturday.

Halina Reijn: “Carice and I were having lunch together, discussing the future of our company “Man Up”, still a bit overwhelmed by all our Locarno impressions and experiences, when Artistic Director, Lili Hinstin, called to congratulate us. We were both completely blown away and therefore seized with emotion. We fell into each other’s arms and even had to wipe away a tear or two. We are extremely grateful and full of joy that so many people around the world are embracing our vulnerable and intimate film. To us, Variety is an institute that we admire and respect. We can barely believe that they have granted us this award. That on top of this, the Jury has awarded us with a Special Mention within the debute competition, is beyond anything we have ever dreamed.”

Earlier this week, it was announced that INSTINCT will have its North-American première at the Toronto International Film Festival as part of the Contemporary World Cinema Program. This Program is dedicated to the best films from around the world with a focus on non-English art-house films. at September 27th Instinct will be the opening film of the Netherlands Film Festival.