The shoot for the eight-part VPRO series The Terrible Eighties, by Kim van Kooten and Tim Kamps, has started this week. The tragicomical series, based on the eponymous debut novel by Kamps, tells the story of a commune in the midst of the eighties. Bert (played by Jacob Derwig), the leader of the group, tries his best, but the many naked group meetings at home can’t prevent the group’s unity from reaching an all time low. 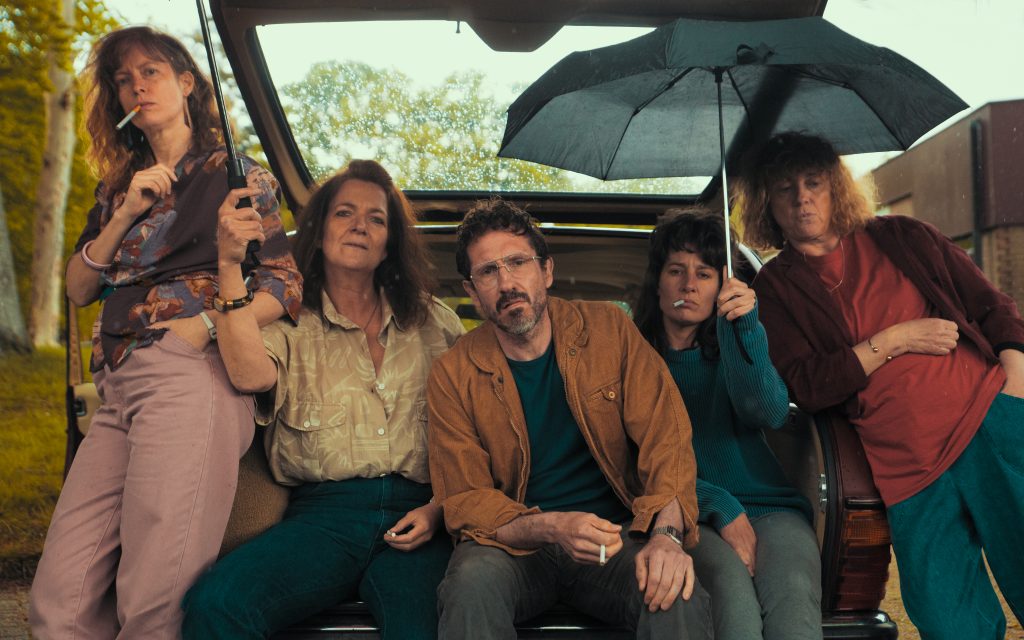 The Terrible Eighties is centered around a commune, existing of four women, four children and only one man. Bert tries his best, but the unity of the group seems to be far away from what it used to be.

And no matter how many group meetings they organize – preferably naked, because according to Bert being naked is like putting down your shield – and no matter how hard they try to live by Berts 183 house rules,  the adults will eventually end up feeling lonelier than ever and the children left to their fate. The moment child protection threatens to interfere, the group realizes they need to make drastic changes. But above all, they realize that during the countless naked group meetings, the painful past had always been left undiscussed…