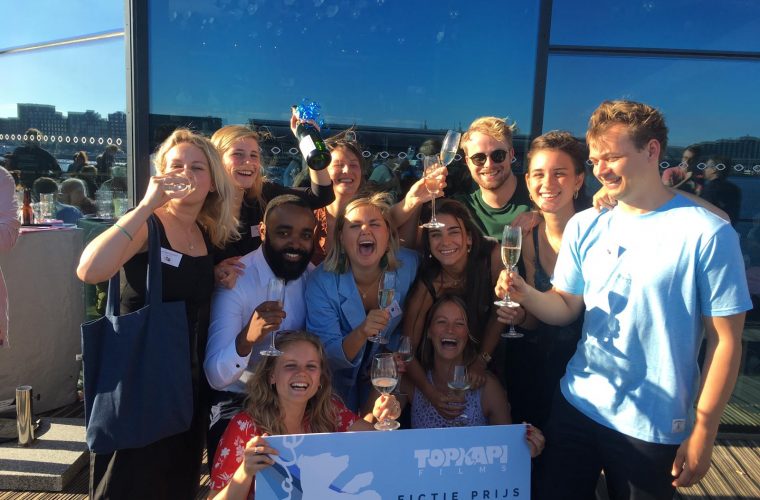 The Topkapi Films Fiction Award 2019 goes to the crew of PORFOTTO. The jury panel consisting of Dunya Khayame, Tim Kamps, Lotte Tabbers, Jasper Wolf and Laurette Schillings said the following about the film: “Together with graduation film SHALKY, PORFOTTO gives a convincing rendition of a world with its own problems and interesting characters. PORFOTTO stands out because of its strong characters and actor’s direction. More and more of these characters is revealed, in a subtle way. On the skin, from the heart.” The prize consists of a trip to Berlinale 2020 worth of €3.000 for the crew.

This year, the love for the genre film came to the front. But a genre film is not simply made by following the conventions. For a genre film you need a strong substance, a strong theme that you can portray in a rich fantasy world, and with that exceeds the clichés. Technically seen, we were impressed by NINGYO, where would like to mention production value separately. Beautiful images, strong acting and a female and diverse perspective that is, unfortunately, often subordinate in the current Dutch film climate.

The films that stood out to the jury were the films that took place on territory familiar to the directors. You felt that. Both SHALKY as PORFOTTO depicted a world a world with its own problems and interesting characters. PORFOTTO stood out because of its strong characters and actor’s direction; a criminal who takes care of his drunken mother and gets startled by his little brother who is hidden behind the couch. A little kid who at home gets ordered by his sister to do the dishes, just after he carried out a raid. SHALKY distinguishes itself in its originality and causality with which this story unfolds: an object that gets seemingly randomly thrown out of an apartment building. A storage cellar which is home to a hairdresser with his own rules. These are images which will stick to you and are poetical in their lack of pretense.

The jury doubted for a long time between these two films, but eventually chose the film who convinced the most on all aspects of filmmaking. The film that let us sympathize the most with all characters and subtly revealed more and more about these characters. On the skin, from the heart. This year’s Topkapi Films Fiction award goes to PORFOTTO.”