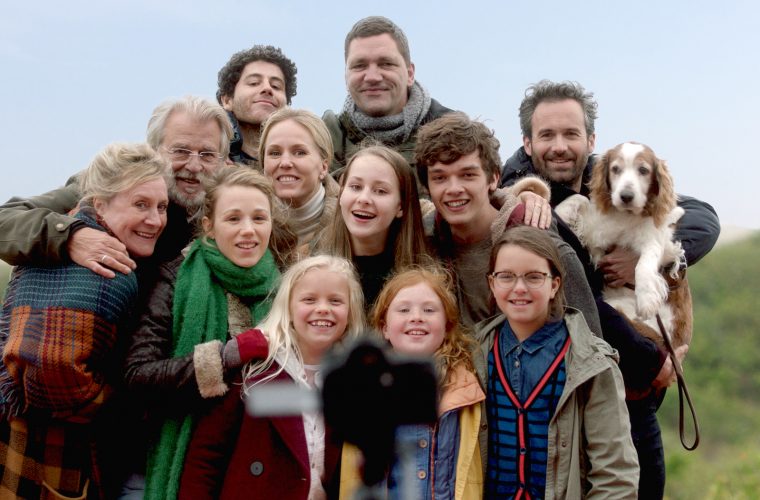 Feature film SHIT HAPPENS, directed by Anna van der Heide, opens the fourth edition of Parool Film Fest on Wednesday the 9th of October. The film, produced by Topkapi Films, will have its exclusive world premiere in Eye Filmmuseum in the presence of cast and crew, including actors Jeroen Krabbé, Beppie Melissen, Hadwych Minis, Guy Clemens, Theo Maassen, Sanne Samina Hanssen, Jelka van Houten and screenwriter Marnie Blok. Simultaneously, the public premiere will happen at the other Paff-theatres Cinecenter, FC Hyena, Het Ketelhuis and Studio/K. The fourth edition of Paff, a yearly filmfestival organized by Het Parool and September Film, takes place from the 9th up to and including the 13th of October 2019.

Ronald Ockhuysen, Het Parool’s general editor, is delighted: “Paff is opened by a beautiful actor’s film which discusses heavy subjects in a lighthearted tone. That’s how director Anna van der Heide and screenwriter Marnie Blok show what makes film such a special medium: in the theatre we gain insight in the way people think, function and react. With an opening film like this, the fourth edition of Paff has it made.”

Anna van der Heide: “I am honoured De Liefhebbers will open Paff. I have been meaning to make a real actor’s film for a long time and the story of the Liefhebber family was screaming for a strong ensemble. I hope the loving, but so often suffocating family ties of this family are recognizable to many.”

DE LIEFHEBBERS is produced by Frans van Gestel, Arnold Heslenfeld and Laurette Schillings from Topkapi Films, in cooperation with BNNVARA and the Belgian Menuetto (the successor of Menuet, with whom Topkapi coproduced nine titles before – including GIRL and THE BROKEN CIRCLE BREAKDOWN) and came about as part of the yearly collaboration called Telescoop, with support of  the Netherlands Film Fund, NPO and CoBO, a contribution by the Netherlands Film Production Incentive, Flanders Audiovisual Fund and the Belgian Tax Shelter via Casa Kafka Pictures.

The ticket sale for Paff starts in September, the full program will then be announced as well. For more information see www.paff.nl.