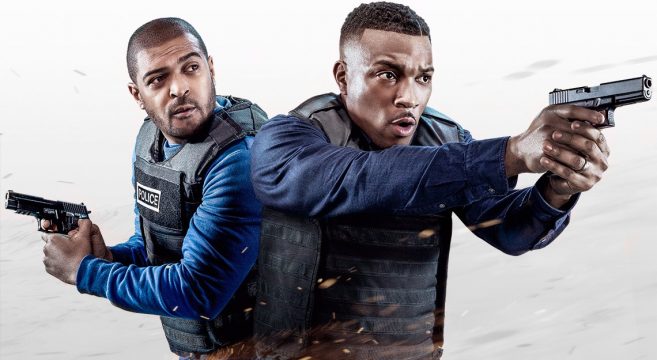 Pike and Bishop came to Amsterdam in the second season of the hit series BULLETPROOF. Topkapi Films is thrilled to have hosted the 4 day shoot.

Produced by VERTIGO FILMS, the first episode of Bulletproof had one of the biggest Sky One audiences of 2018. In the second season, stars and co-creators Noel Clarke and Ashley Walters will return as cop – buddy duo Bishop and Pike, chasing an elusive crime family with connections that spread far beyond the UK.

The locations for the 4 day shoot were located in the inner city of Amsterdam, including the picturesque bridges of the Jordaan and the famous Red Light District. The UK crew are joining Noel Clarke and Ashley Walters in Amsterdam and were supported by Dutch colleagues.

Topkapi Films is proud to be part of this ground breaking show.

The first season of Bulletproof is now available on NPO Start.
Sky Vision has co-funded Bulletproof and will be distributing the series globally.

The Dutch part of production was supported by the Netherlands Film Production Incentive. A financial contribution to improve the Dutch film production climate and international competitive position.