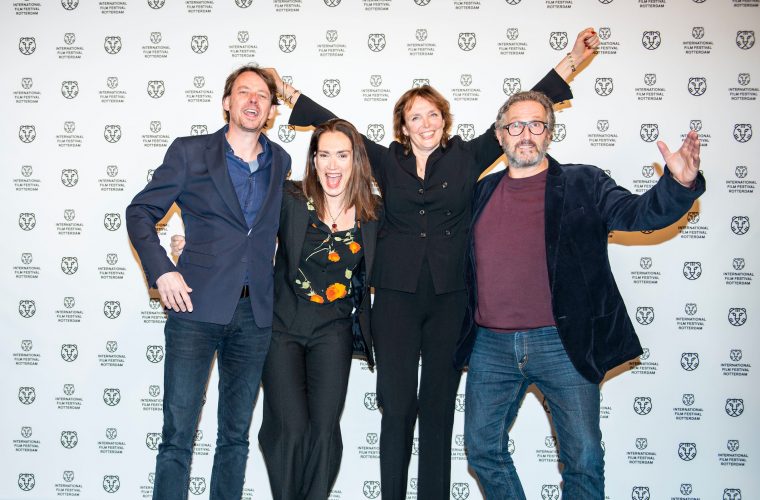 Last Tuesday GOD ONLY KNOWS had it’s debut for a large audience at the International Film Festival Rotterdam.

It is Mijke de Jong’s 10th and most personal work. After the film had ended, the director thanked her crew, which consisted largely of close friends of her, and main cast (Monic Hendrickx, Marcel Musters and Elsie de Brauw). Though it is a film that touches upon the difficult relationship between three siblings, it occasionally sparked outbursts of laughter due to the sincere and recognizable moments of painful encounters and bottled up anger. Afterwards, everyone raised their glasses to the successful premiere at Barretje Centraal, a place that has been a part of celebrations at IFFR for a long time.

GOD ONLY KNOWS is part of IFFR’s Signatures line-up, a programme that features the latest work of established film-authors and festival veterans. As of Thursday, the film was placed upon the 10th spot of the IFFR’s Top 10 Audience Award. Friday the 1st of February, the film has it’s last viewing at the festival, which is sold out. GOD ONLY KNOWS will have it’s Dutch theatrical release on the 4th of April 2019.